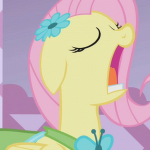 Well after Jimmy Two Shoes ended there wasn't much of a point for me to continue and the spammers and vandals were a bit too overwhelming for me since I couldn't block them. Anyway no, wikia will not let me adopt this wiki as I already have far too many wikis under my watch. But if you want to adopt it yourself be my guest and if you ever need any help on the wiki call on me and I'll show up to solve anything you need. Catch you later. -The Forgotten Beast (talk) 06:59, August 1, 2012 (UTC)

You seemed excited about editing when you returned here. Yet all you did was help tuck the fanon away. While I'm glad you did that, why can't you help with the Episode pages? Per Ankh ED 08:30, August 11, 2012 (UTC)

What's the actual difference between an episode and a story? As far as I know, it's still a Season one episode.

I prefer to focus on the Episode pages themselves, then worry about the rest.

Retrieved from "https://jimmytwoshoes.fandom.com/wiki/User_talk:Tycio?oldid=8412"
Community content is available under CC-BY-SA unless otherwise noted.