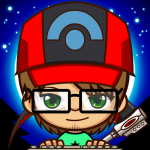 Hi, welcome to Jimmy Two Shoes! Thanks for your edit to the Jimmy page.

If you need help, and there are no local admins here, you may want to visit the forums on the Community Central Wiki. Looking for live help? Then join us for an upcoming webinar to chat with staff and other Wikia editors. You can also check our Staff blog to keep up-to-date with the latest news and events around Wikia.

Sure i love Jimmy Two-Shoes... but my lack of english speaking is kindda... you know?.... UNDERSTANDABLE....

"I began leaving fellow editors small presents, such as hints of incorrect information, a few spelling errors and such"

I've taken steps to clean up and organize them in the past, but I'm thinking there should maybe be some form of community consensus on how we should ideally present them. Currently we have:

I'd personally prefer a master list with 'episode x' type links which may possible redirect to the episode names.

One major issue to sort out as well is how to number them since each half hour is often 2 half-length stories.

Perhaps as an alternative to episodes, we could make a stories category? That would make more sense and allow us to number them consecutively. Right now, we have things like Chez Beezy in 'season 1 episodes', but really, it's actually a season 1 story, the episode itself would be 'episode 1' which includes 2 stories.

The main difference is basically in how we define them. We could for example, define an episode as a span of animation that fills a standard television block (30 minutes, though generally less when accounting for commercial time) whereas a story is a span of animation that has a title. Episodes would be numbered whereas stories would be named. There would be roughly twice as many stories as episodes, since most episodes usually have 2. Probably slightly less though since some stories might actually be large enough to take up a whole episode. +Yc 06:16, August 12, 2012 (UTC)

Retrieved from "https://jimmytwoshoes.fandom.com/wiki/User_talk:Per_Ankh?oldid=8411"
Community content is available under CC-BY-SA unless otherwise noted.