He is tall. He has blonde hair and apricot skin. He wears a green shirt with two pairs of white stripes, blue pants with two navy blue stripes on the way end, and black and white shoes with white laces. 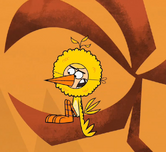 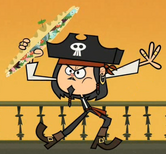 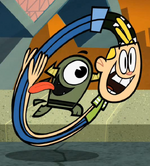 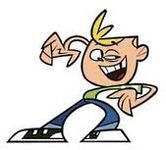